As far as it can be determined, Sunan Ab? D?w?d is the most studied and commented work among the sources of Prophetic narration (hadith) after the works of Bukh?r? and Muslim. The commentaries on Sunan Ab? D?w?d continued without interruption in almost every period of the hadith history. Khal?l Ahmad Sah?ranp?r? (1269-1346 / 1852-1927) was a versatile scholar who grew up in India at the end of the British occupation period and was prominent, especially in the field of hadith. This study focuses on his hadith commentary, named Badhl al-majh?d f? ?alli Sunan Ab? D?v?d, his life, and analyzes the structural features, sources and method of his commentary. To explain the narrations that Ab? D?v?d took as a basis in his Sunan, Badhl al-majh?d contains short and concise information regarding sciences, such as Arabic morphology (?arf) and grammar (na?w), lexicography (lugha), hadith, Islamic jurisprudence (fiqh), Islamic jurisprudential methodology (us?l al-fiqh), Islamic theology (kal?m) and exegesis (tafs?r). It is also a functional and partly original work along with high pedagogical value. However, considering its content, systematization, purpose and target audience, it contains approximately the same characteristics as Khatt?b?'s Ma?lim al-Sunan, which is reckoned to be the first work of commentary literature. 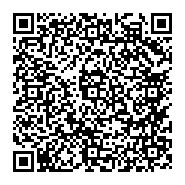