The hard arguments between Adnan Menderes from DP and Osman Bölükba?? from MP, the founding of Republican Nation Party in February,1954 and opening the first branch by defragmenting with Osman Bölükba?? and contending with election campaign and meetings and the result of 2nd of May, 1954 elections became the determining factor of becoming county of K?r?ehir. In 1957 government came into action for alleviating the being against of K?r?ehir and became the preparation for making the convince the K?r?ehir again and prepared the government bill. The law that was published on the official gazette that is numbered 9637 and dated 19th of June, 1957 and is admission dated 12th of June,1957 about refounding a new convince called K?r?ehir in K?r?ehir county affiliated with Nev?ehir province. K?r?ehir held a place in Turkish political life and democracy with the developments that became in this period. 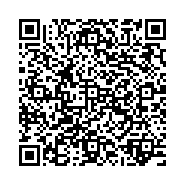