THE ADVENTURE OF THE BREAK IN THE HISTORICAL PROCESS

Kopuz is the National Instrument of Turks. We get the first information about kopuz from Chinese sources, written texts from Uighurs, and from Divanu Lugatit - Turk. Kopuz, the first times of Turkish music, especially Huns, Göktürkler, Uighurs among all Turkish tribes and Turks and other nations in the political and cultural climate was very important and adopted. Among the Turks, Korkut Ata (Dede Korkut)’s belief is the first Shaman to make kopuzun is common. It was considered a sin to be put on the ground, which was considered a sacred instrument, and it was stolen by kissing the forehead. The first poets of the species, "Baksi-Ozan" s, saguas and the epics reading or half religious rituals used Kopu. XV. from the beginning of the century, the “Saz poets”replaced the “Baksi-Ozan” in the Anatolian area, and the "ba?lama family of kopuz origin" replaced the kopuz. This article focuses on the etiology, structural features, various Turkish dialects and dialects and the ways in which they are written in other countries, the Turkish tribes and the regions subjected to them, and the areas of spreading on the axis of Asia, Anatolia and Europe. 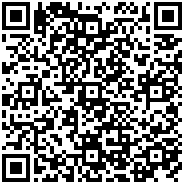