Written and verbal communication in a foreign language requires well-edited texts. Therefore, only mastering Turkish grammar skills is not adequate for students who learn Turkish as a foreign language to create well-edited texts as they need to learn the characteristics of special text types, in other words, they need to have competence in text types. The aim of this research study was to introduce the “Text Type Oriented Descriptive Text Writing Model”, and to use it on students who learn Turkish as a foreign language, and to analyse its effects on the students’ descriptive text writing skills. An Action Research Model with qualitative and quantitative evaluation methods was used in this study (?im?ek and Y?ld?r?m, 2011). A single-group pre-test and post-test design from quasiexperimental research designs was used for the quantitative data. The subject group of this study included students learning B2 level Turkish as a foreign language at the Istanbul University Language Centre. The study was conducted with a 20-person group, and data obtained from 14 students including 8 male and 6 female subjects, who completed an 8-hour teaching program with pre-test and posttest assessment properly, were analysed. The research data were consisted of 28 descriptive texts the students were asked to write after the pre-test and post-test given aimed to assess the “Text Type Oriented Descriptive Text Writing Model”. The texts written by the subjects before and after the teaching course were analysed with a document analysis method, one of the qualitative research methods (?im?ek and Y?ld?r?m, 2011, 187). The data were analysed with a graduated scoring key designed for the descriptive text parts. Findings were indicated with frequency, percentage, and arithmetical mean figures. Variations in each item of the graduated scoring key, and the intellectual development data, were compared to the pre-test and post-test data, and interpreted accordingly. The data from the pre-test results showed that the text parts with the highest success rates were the heading (71.3%), the description (assertion), and the describer (supporting reason) (61.8%). According to the post-test results related to the text parts the subjects were better at creating all parts of descriptive texts in comparison to the pre-test results. The students used the intellectual development method with 22 propositions in the pre-test, and the intellectual development method with 73 propositions in the post-test. It was concluded that the text oriented descriptive text writing model developed by researchers had positive effects on the writing skills of the students who studied Turkish as a foreign language. 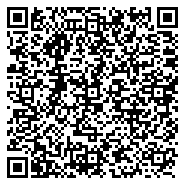