During the period reviewed, the city of Istanbul was a massive consumption center because of its residents more than a million and needs of the Palace and army besides being a administrative, military and economic center of the Ottoman Empire. In this context, wood and coal (also charcoal) called as “mahrukat” were one of the main consumption items and production factors that was needed by consumers and manufacturers with no substitute. There were various problems in the process that includes production of wood and coal, shipping them to Istanbul and finally supplying them to the consumers at the market. Causes of these problems could be human related as well as system and substructure related. Seasonal conditions were one of the main reasons that aggravate and diversify these problems. In the period that we examined, Administration had a great care and contended with these problems to make “mahrukat” affluent and cheap because wood and coal were one of main needs of the Palace, army and public. 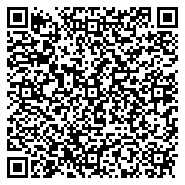