The Canadian writer Deborah Ellis, since 18 years old, is an anti-violence militant dedicated herself to peace and especially to works of women to achieve equal rights. This novel has emerged as a result of events that she had witnessed herself in the afghan camps established in the north-west of Pakistan. So this is a heartbreaking story of a real observation. Among the events that she witnessed, she gave place to most of the discrimination, torture and humiliation that afghan women and girls exposed to in her book. When she was in the camp, she met a girl who looked like Parvana, the hero of this novel. She has created her novel on what the elevenyear-old Parvana lived and tried to convey the pain and distress she suffered. In the novel, the heaviest burden of the family of six is on the shoulders of Parvana, eleven years old. Especially for her father, Parvana is in both financial and spiritual support roles. She had to be a crutch on the road for her father who lost a leg in a cruel battle. Kabul, the city where she lived has been the target of bombs and rockets that fall from the sky day and night. A large part of the country is under the control of the taliban. The best thing to describe the trouble of the afghan people is; the buying and selling of the artificial legs in the market place. Because of the taliban banned women to leave the house, most of the men were also able to use their artificial legs. Almost every house in Kabul, someone from the house did not either have the leg or the arm. The mines were located everywhere. When her father is imprisoned without guilt by the taliban, Parvana's burden increased even more. According to the prohibition of the taliban regime, woman could not go out without her husband or father. Parvana, at a young age, had to go to the streets of Kabul dressed as a man. Although the difficult living conditions of afghan woman, in this work, Parvana's struggle is a reflection of her courage and her search for freedom 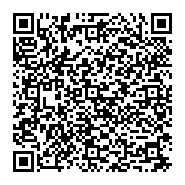