Languages are the basis of words. While the words mean a single meaning when they are used for the first time, they lose their meaning over time and become out of use, or they expand the use area by changing their meaning. The multidimensional extension of meaning or narrowing of languages also causes the emergence of new concepts and words in the language. The internal and external factors that affect the formation of the words affect the frequency of the use of the words, as well as the effect of the meaning of the words into positive or negative. For this reason, language is surrounded by the material and spiritual rules of the society in which it is spoken. Language cannot be considered independent of the customs and traditions of the society in which it is spoken. The taboos, which emerged in periods in which the language spoken by the society are not fully known, have revealed various expression techniques in the language. This narrative technique which appears in the form of euphemism, is also an indicator of the richness and vitality of the language. The expression of taboos seen in all world languages with euphemisms it is also quite common in Uzbek Turkish. Euphemisms are an important resource related to many value judgments such as the lifestyle of the society, religious beliefs and family life. In this study, the existence of taboo and euphemism words in Uzbek Turkish was compiled, were classified according to their subjects and examined. Examples given primarily in Uzbek Turkish, on the other hand, then it was transferred to Turkish. 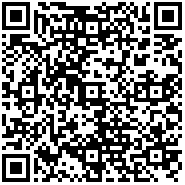