SURAT NAMES, HADITHS AND WORDS OF ISLAMIC ORIGIN AT MANZ?ME-? KISSA-? KERBEL? OF NEVR?Z B. ?S?

In Classical Turkish Literature, which is heavily nurtured by the Islamic tradition, the names of the surahs, hadiths and words of Islamic origin are the leading elements used by artists in their works. One of the poets who benefited from this resource for centuries, Nevrûz b. Îsâ is who lived in the late 18th and early 19th centuries. Stating that he was Hafiz, he received religious education in a lodge and mastered in remil and ilm-i nücûm, the poet benefited from the hadiths and words of Islamic origin in his work both in terms of the influence of the religious and cultural environment he was trained and the sources of the literary tradition to which he was associated. Manzûme-i K?ssa-i Kerbelâ called Hz. Considering the subject and content of his maktel type work, which Hüseyin describes about the martyrdom in Karbala; Nevrûz b. Îsâ he helped to use his concepts and express his sincere feelings. 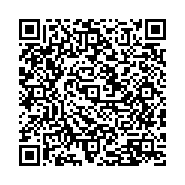