STRUGGLE AT THE THRESHOLD: THE MOTHER-IN-LAW AND FATHER-IN-LAW WRESTLING IN ANATOLIAN WEDDINGS

The difficult task motifs are universal motifs that are providing the hero's adoption by society in oral narratives such as myth, epic, fairytale, story. The hero who managed the difficult tasks both becomes the heir to the throne and also obtains the right to marry a woman in Turkish folk narratives. The hero aspires to marry a girl often in these narratives. The suitor has to pass the contests such "horse racing, archery and wrestling" which are organized by girl or her family. The suitor may be forced to compete against a girl such as Bams? Beyrek and Banu Çiçek in the Dede Korkut Book. These contests turn into a male-female rivalry. Also from another aspect, woman selects her man through the contests. There is a man and woman wrestling in the Anatolian weddings as the contests before marriage of a girl and hero in epics. Last day of wedding, mother-in-law and the father-in-law wrestle before bride crosses the threshold of the new home. There are structural, functional and semiotical properties of this wrestling according to regions. Some messages are coded to bride by wrestling. The other applications with wrestling make easier adapting the bride to her new home. In this study, it was tried to focus on that historical background of men and women struggles and wrestling transformed to mother-in-law and father-in-law wrestling in living culture in the Anatolia. The data which were collected by methods of document research and through interviews and observations in the field were enriched by visuals. These data were analyzed with folklore theory and methods. 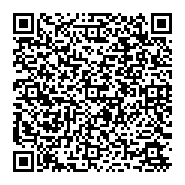