In Sufistic education, people are brought up with education methods specific to Sufism. The most important of these is the method of conversation, which is similar to the method of narration, whereby religious-moral and mystical knowledge and experiences are transferred in a relatively special way. In Sufi education, it is aimed to get rid of the sense of arrogance by serving others, and to learn by living by doing some rules of behavior. n Sufi education, it is aimed to get rid of the feeling of arrogance by serving others with the service method and learn some rules of behavior by doing and living. With the practice of dhikr, which is made regular and regular, it is ensured that the person experiences a mind and heart intensity in contemplating God. With the music method, religious and mystical knowledge in the words are taught indirectly, the spiritual serenity that is formed makes the heart's divine truths receptive. In Sufistic education, the ego is seen as the center of the negative emotions, thoughts and behaviors of the person. For this, trainings to discipline the person in matters such as eating, sleep and speech are tried to be carried out with the method of restricting (self-denial) the body needs (fervor). Social isolation (uzlet) method is used to remove and isolate the negativity of the society from the person. Thus, it is aimed to gain religious-moral personality. The method of being alone (ordeal) is applied under the control of a mystical guide, with the realization of some physiological and psychological processes in a certain place called the cell within the forty-day period. There is also the technique of being alone, regardless of the time and place. The journey (travel / voyage) method, which is reminiscent of the travel observation method used in general education today, reflects a very different processes in terms of its application and purposes, and an understanding of education from within. In this study, it has been tried to determine the nature and special education methods specific to Sufistic education from past to present with the source scanning method. 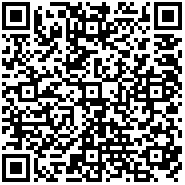