SOCIO-ECONOMIC ANALYSIS OF THE COMBATANT COMMUNITIES IN THE OTTOMAN EMPIRE: THE AGNAD COSSACKS

Many communities with different ethnic and religious origins participated in and/or developped close political, military and economic relationships with the Ottoman Empire following the conquests and the expansion of sovereignty realized. Ottoman warfare with its pragmatic characteristic, managed to adopt these communities from different origins to its military supply organization. The Empire granted various fiscal privileges and economic rights in return for the military tasks they took on. The Cossacks whose relationships with the Ottoman Empire can be dated back a long time are one of these communities with their different tribes and branches. The weakening of the Ottoman dominance in the Caucasia and the territorial loss because of the decline following the mid18th century brought about the problems related with the settlement of the pro-Ottoman Cossack communities in the mainland and the revision of their economic statutes. The settlement process and the socio-economic position of the Agnad Cossacks which is one of the prominent Pro-Ottoman Cossack branch, related with their military functions are evaluated in this study. In this context the aim of this study is to put forward the changes in the socio-economic positions of the communities which had military importance and various religious or ethnic origin that come out in the historical process 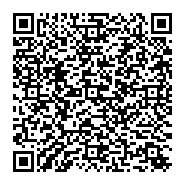