Classical Turkish literature texts are works that include rich content on the history, geography, culture, language, customs and traditions, and beliefs of earlier periods. Shehrengiz (city books), which possess these features and lasted in our literature from the 16th century to the end of the 18th century, is a genre of poetry depicting the natural, historical, and architectural beauties of a city as well as male beauties. Shehrengizes, which occupy an important place in Ottoman cultural history with its contents, are the cultural atlases of the cities they belong to. Many shehrengizes have been written about several cities in classical Turkish literature. Istanbul, being a source of inspiration for many poets and writers in every period thanks to all its features and beauties, is the city about which the most shehrengizes have been written about with 14 examples in our literature. In addition, there are also some works written about Istanbul, which are not exactly shehrengizes, even though they have some features similar to the genre. In ?ehrengizes, Istanbul was discussed in terms of both its beauties depending on poets' preferences who wanted to showcase their talent with words and of its social life in line with occupational groups and occupations that existed at that time in Istanbul. In addition to features on the city and the public included in the city description section of shehrengizes, names and epithets, occupational terms, equipment belonging to different occupations, several idioms, and proverbs that are included in the beauties section are the main elements that inform us about the sociocultural life during that specific era. In the present study, how Istanbul's features, culture, and life were reflected onto shehrengizes, which are witnesses of the social life during the era when they were written, will be demonstrated using sample couplets. In this way, using shehrengizes of Istanbul, the study will attempt to demonstrate the close relationship between social life and classical Turkish poetry, which is said to be distant from social life. 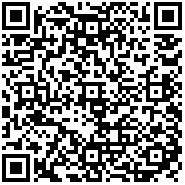