SOCIAL, ECONOMIC AND CULTURAL STATUS IN ALEPPO (BETWEEN 1876 AND 1918)

The majority of the population of the Halep city was formed by Muslims. According to Halep Salnames, (Salnames are annual years which the government has published it.) the end of the nineteenth century and in the early twentieth century, two-thirds of the city's population is Muslim, the third one is non-muslim. Inside these, the fact that forty-two Turkish families and twenty nine neighborhoods lived, shows the importance of the Turks in the city life as a number. Neighborhood and Turkish family names, sources was reviewed and from Turkish names was obtained. Some Turkish family names and Turkish neighborhood names, there is a benefit here point out. For example, Semerli family,Kulu femily,A?yur femily, Altunbo?a neighborhood, Elmac? neighborhood, O?ulbeyi family, Tellal family,Ball? Bulgur neighborhood are names like a few of them. Also, in the city, Christians, Jews and other religions. Christians and Jews were more engaged in trade. Jews and Christians made their trade mainly in Europe, other cities of Syria and with Asian countries. In the education of the people, mosques and home conversations have an important place in Aleppo .In the time of the Ottomans, children's schools (s?byan’s school) were opened and formal education units were introduced. Up to 1862 years, ibtidâî’s was expressed children's schools (s?byan’s school). From this date, In place of the children's schools (s?byan’s school) The ibtidayya expression had begun to be used. In the time of Sultan Abdülhamid, besides these schools, rü?diyes, idâdîs, sultani schools and farm schools was opened.. Furtermore, the presence of the medresses and many libraries led to a live cultural life. 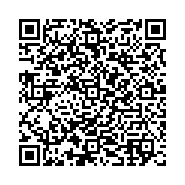