The Great Seljuk State made Maveraunnehir (Transoxiana), Khorasan, Sijistan, Iran, Hejaz, Mosol, Damascus and Anatolian territory a centre of science and culture and enabled lots of scholars grow up. One of the most famous hadith scholars among those is doubtlessly Baghavi. Being famous as “Ibnu’l Farra” Baghavi didn’t show any sectarian zeal although he was a shafii sect- affiliated works author. Dwelling on The Quran and Sunnah, he invited Muslims to cling to these two sources. So he was nicknamed as “Muhyissunnah” and “Ruknuddin”. Regarded as a mujtahid (expounder of Islamic laws) in Fiqh (Islamic Jurisprudence), a muhaddith (traditionist) and a hafiz (one who knows hadiths by heart) in Hadith Baghavi wrote nearly twenty books in the field of Fiqh, Hadith, Tafsir and Q?raah (recitation of the Quran). He wrote in Arabic and Persian. Biography authors are unanimous with his being a pious and devout scholar. Concentrating all his efforts on Sunnah, Baghavi is the first traditionist who initiated the tradition of hadith without (written) proof (sanad) in order to help hadith texts be dwelt on more. In the paper, a Seljuk scholar Baghavi’s critiques about proof (sanad) and text in “Masabihu’ssunnah” and “Sharhu’s sunnah” in which he mostly dwelt on criticisism of hadith will be discussed. By this study both a portray of a Seljuk era traditionist and his academic personality along with the richness he contributed to the methods of criticisism in hadith will be seen. 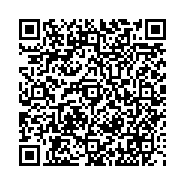