The aim of this study is to investigate the techniques and rules of the Ancient Greek Fighting Pancreas. Pankration, a combination in which wrestling and boxing techniques were used in history, was also known as "Pammachion" (the person with all power). Although pankration is among the ancient sports, it has caused the birth of many modern sports. These are mixed martial arts, kickboxing, Jiu jitsu, judo, karate, kung-fu, taekwondo, aikido, tai-chi chuan unarmed Chinese fighting forms, and sports such as kendo (fencing), kyudo (archery) and ninutju of Japan origin. These sports are commonly referred to as "martial arts" or "combat sports". Pankration includes some techniques from ancient boxing and wrestling as mentioned before. In addition, different techniques similar to kicking and karate are also involved in this fight. Some athletes who make pancreas have developed their own fighting styles in combat sports. This fight includes punches in Ancient boxing and throwing and grips in wrestling. There are two versions of pankration in ancient Greek culture: Ano pankration (this fight is similar to kick box and May Thai sports when it has to stand) and Kato pankration (similar to wrestling when the fight has to continue on the ground). While the first is used in training, the other is a method currently used in real events. Combined techniques from two different sports such as ancient boxing and wrestling help to use all the powers. The combination of techniques in the pankration from two different combat sports provides this sport with greater range of movement and freedom, making it powerful and diverse in terms of wrestling or box alone. But for the same reason, it can be thought that the risks such as injury, losing consciousness and even dying are higher in this fight. Ancient boxing and wrestling are more intense than today's boxing and wrestling, and there are also strokes from different eastern sports, such as karate, with the techniques of both, in an ancient martial art pankration 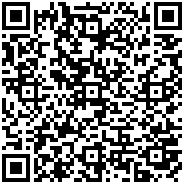