RILKE AND THE MODERNIST TRADITION: A BRIEF LOOK AT ?ARCHAIC TORSO OF APOLLO

The twentieth century is associated with drastic changes as well as disintegration of old beliefs and grand narratives. Modern poets felt that it was high time they searched for new potentialities of language and made changes in form in order to express and explore changes the world was experiencing. The oneness of the world within and the world without is not peculiar to Rilke. He explores human consciousness as well as the interaction between human and the non-human world. This paper argues that his poetry is an invitation to the reader to participate and create. In “Archaic Torso of Apollo” the transfixed poet finds the torso full of life and vitality, a complete work of art and suggestive of the modernist tradition. As a modern poet Rilke would see the world within and the world without as the same aspects of each other. He believes that existence consists of interactions between things and the perceiving selves and that the inner world, familiar to our consciousness, is continuous with, even identical to, the material world we think of as exterior to our conscious selves. The interaction between the poet (subject) and the torso (subject) creates the sense of transformation. The article concludes that transformation seems to be the most critical change that the modern man needs to experience in the chaotic and disjointed world of the 20th century. This emotion is created by the torso of Apollo, a figure from the world of myths created by classical artists and a life force necessary to change the passive man of the modern era. 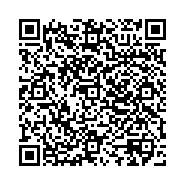