Hüseyin Cahit Yalç?n is an important thinker, a writer, a journalist and a politician. As a person who has seen both the Ottoman and the Republican era, his experience has brought about the writing of books and dozens of articles. Opposing in the period of the Union and Progress, the opposition in the Republican period, the one-party period and the Democratic Party in the period of the party was revealed as partisan. In this study, Hüseyin Cahit was built on the opposition of the DP against the DP in the Ulus newspaper after he came to power. Cahit is a good historian, politician as well as a good journalist. Hüseyin Cahit, who wrote almost daily in the Ulus daily, exhibited an example of a single-person opposition. Hüseyin Cahit showed a moderate attitude towards the DP in the first period when the ruling change was experienced, but this attitude hardened over time due to the change of the DP's attitude towards the CHP. One of the main points of this study is based on the analysis of Hüseyin Cahit's writings about the DP in the Ulus Newspaper. Because these writings, which lead to the prosecution of Hüseyin Cahit and later to his arrest, are questioned in terms of quantity and sociology of politics. The removal of Cahit's immunity was due to the denial of the DP in the Ulus newspaper and to insulting the Prime Minister Adnan Menderes. After the transfer of DP's properties to the treasury of the CHP, Ulus tried to maintain its presence as Yeni Ulus and Halkç? newspapers The writings of Hüseyin Cahit in these newspapers set the stage for his arrest and imprisonment as an eighty-year-old journalist. 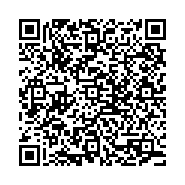