RELIGIOUS MARKETS IN TRANSITION PROCESS: THE CASE OF TURKEY 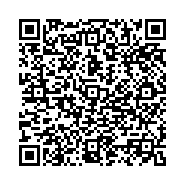