QUEST FOR IDENTITY IN HOME AND BEYOND?ASIAN WOMEN IN LITERATURE

Through history and cultures, thinking minds have always tried to answer the question ‘What is a woman?’ Feminist discourses addressing literary texts have put forward new queries on her representation which concerns the understanding of a woman’s socially constructed complex position. There is an attempt to make her conform to the patriarchal norms, lose her individuality and subordinate her directly or indirectly, constraining her in civil and domestic life. Feminists often emphasize the freedom and responsibility of a person to create oneself as a self-governing individual, whereas they argue that to a woman, this struggle for recognition, is tabooed. Her sense of identity is not fully formed since she is positioned as ‘other’ to man, in a male dominated society. This lack of female self is also present in literature where she appears as objects of men’s fantasies and fears – metaphorical angels and witches, but never as autonomous individuals. A woman is expected to limit herself to her domestic sphere and revolve in the nuances of relationships. Is she really the happy, satiated angel of the house or a fretting soul who wants to see beyond what she is allowed to see? Is she free to listen to her free will and decide her fate? In this article I shall explore the significance of ‘home’ in a woman’s life and the constraints and compassion associated with it, analyzing Anita Desai’s Fire on the Mountain (1977), Jhumpa Lahiri’s The Namesake (2003) and Salman Rushdie’s Shalimar the Clown (1995). 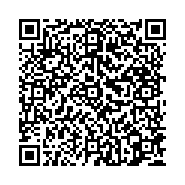