Qasidas are considered key verse of the Ottoman literature. Qasidas are praise poetry in many different subjects besides being examined when they inform us. For example, when the terms of a poet, a poet should be in the eulogy that can be learned from what are the positive and negative attributes. When we look from this perspective, the qasidas are not seen only as praise poetry. Qasida reflects the ideal to the society, this is a function of the qasida in the poem form. Diwan poets as well just to get to permissible, and not artisans who benefit from the poem. They also reflect the ideal of the pursuit, artisans craft by performing a lofty goal. Therefore, they are a group who have privilege. In our study, we aimed to look at from this angle eulogies and clarify the poet perception in the eyes of the poet. For this, between the XV-XIX. century work has been adopted as the universe. All qasidas of the 31 poets who have been identified as samples were randomly selected from the universe. Determined using the method of preparation and tagging has been classified according to the qualifications they have described the poet. 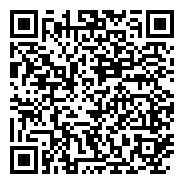