Archetypes reflect the collective unconscious of society. Myths, mythos and folk literature products; they form rich examples of archetypal symbols which are the first examples / origin of mankind's common experience. The common feelings and thoughts embodied in the narratives of every nation are transformed into archetypal symbols that attain universality and reach the first root. Anima, animus, mother, shadow, wiseoldmanandpersonaarethebestknownarchetypes. Persona is somekind of mask. It is thefacethat an individual shows against other individuals. The persona image often finds itself in the public narrative of the living products of the social memory. Hero, in the difficult process facing him, wears a mask to reach the real ego, protecting from evil, getting rid of the difficult situation, hiding himself and attaining the true self. Tales can be said that the persona archetype often seen is an important part of the narratives and is often used as a way of salvationfromthedifficultsituation in whichtheheroesfallinto it. Thepersona is verypracticaland it is quite easy for the tale hero to return only once the hero has achieved a change through clothes and has after the danger or achieved the goal. In the study, the archetype of the persona in the context of the disguise motif detected at the tales gathered from Macedonia, and the functions it assumes are addressed. 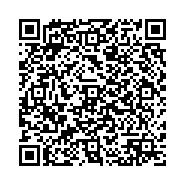