All religions, legal systems and even social customs, since the appearance of first human communities, have imposed some sanctions to prevent crimes extending murder. Capital punisment is one of these sanctions, and the severest. ?slamic Law gave the president the authority to rule the death penalty. The Ottoman sultans used their power highly as based on their savings of customs and applied to the fatwas of the scholars. In Ottoman legal system, those crimes which were threatining the security of life and of propety were havily condemned extreme sanctions were applied against them. The sultans had many reasons over the politically slay; this includes especially the political crimes. The attempts of dethrone and to question the legitimacy of the sultan of the Ottoman Empire who is the absolute ruler of the state are the clear causes of ‘politically-slay’. Aside from these, there are many death penalty reason. ?n this article the causes of the death penalty, execution procedures and the results analyzed. In addition, we talked about the status of the classes which are in different positions against politically death. 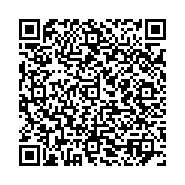