Marc Bloch, one of the eminent French historians during the inter-war years, helped to deepen and broaden an understanding of the social and evolution of the Middle Ages. He was a quintessential revolutionist who cofounded the Annales School of French social history. His work marked a turning point in French historiography, after which French historians have increasingly adopted a social realist assumption and used a societal framework for study of the past. He, acknowledged today as one of the most influential historians of the twentieth century, is nonetheless generally treated as a fundementally uncontroversial innovator. This article seeks to understand and explain the biography of a complex, courageous, and an intellectual man whose impact on twentieth-century history writing has perhaps no equal. 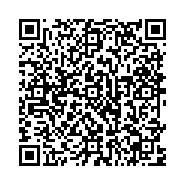