NON-VIOLENT ACTIONS VERSUS VIOLENT ACTIONS: A LOGICAL RESPONSE TO ISLAMOPHOBIA THROUGH AN EVALUATION OF MUSLIMS? MOBILIZATION IN FRANCE AND DENMARK

The present study aims to examine the degree of strategically implementation of nonviolent methods. In order to measure the impact of nonviolent actions two individual cases have been chosen respectively as Danish (cartoon crisis in 2005) and French cases (riots in 2005 and Charlie Hebdo attacks in 2015). Violent oriented actions, which occurred in France, are less effective and unlikely to create social and political changes. However, nonviolent actions as observed in Denmark may change or challenge the process on behalf of immigrants' desired goals. Nonviolent actions can diminish the rate of Islamophobia while violent actions can polarize the political opinion towards restricting immigrants' rights. Muslim immigrants exposing governmental restrictions on their belief and discriminations would encounter social hostility and conditions of risks, in turn, leading to violent actions. The study retains both qualitative and quantitative features where archival research has been conducted and secondary quantitative data has been used. 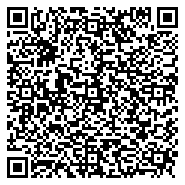