MYTHMAKING IN PROGRESS: PLAYS BY WOMEN ON FEMALE WRITERS AND LITERARY CHARACTERS

This research analyzes the process of women’s mythmaking in the plays written by female playwrights. Through writing the lives of female writers and rewriting the literary characters, which have been created by male writers, women playwrights assume the role of a mythmaker. A mythmaker possesses the power to use the ‘word,’ thereby possesses the power to control ‘reality.’ However, for centuries, women have been debarred from generating their own myths, naming their own experiences, and controlling their own ‘realities.’ Male mythmakers prescribed the roles women were required to perform within the society. Feminist archetypal theorists believe that through a close study of related patterns in women’s writing, common grounds, and experiences, the archetypes shared by women will be disclosed. Unveiling these archetypes will eventually lead to the establishment of new myths around these archetypes. As myths are regarded as the source of collective experiences, analyzing how women have rewritten, revised, devised, and originated myths would thus permit women to reclaim the power to name, and hence to influence the so-called reality established by the patriarchy. Hence, this study analyzes the constantly developing process of women’s mythmaking/mythbreaking in plays written by women writers coming from American, British, Scottish, and Turkish backgrounds. This selection of these writers depends on the belief that women’s work, even though deriving from different backgrounds, carry universal patterns. 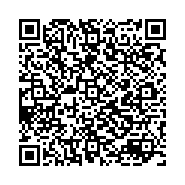