?brahim ?inasi Efendi (1826-1871) is one of poets of first generation of Tanzimat period. Turkish poetry begins to change from the aspect of the form and content in the Tanzimat literature. This examples of change is be seen in the poetries of ?inasi, especially in the qasidas and Munajat (Invocations / Supplications) that he composed on Re?id Pasha (1798-1858) as in other poets of preiod. In ?inasi’s Munajat, have the effects of both Islamic civilization and culture in which he lived and the writers and thinkers such as Voltaire, Montesquieu and Auguste Comte from the 18th and 19th century French writers and philosophers. In this article, firstly it has been given the knowledges on the ‘munajat’ as a genre, and then,it has been widely taken and analyzed ?inasi’s Munajat consisting of twenty couplets from the literary point of view. 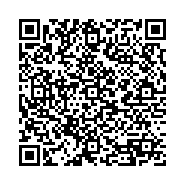