This article provides immigrant of German is made German is a multicultural country. Immigrants that don’t think go back at their country and they want to be citizen of German. This article is studied Leverkusen and Osnabruck cities. We discuss eleven people three of them from Leverkusen and others from Osnabruck. This study is prepared in a qualitative pattern. We discuss about their rightness, racism and multicultural politics of Germany with some body that they are immigrant. We try to understand how society, culture and diversity of immigrant are considered by government. Conclusion, we reached some conclude about immigrant of Germany. Conclusion, although Germany has a lot of cultural diversity, they aren’t considered by Germany government. Immigrants have a lot of problem that the national holidays aren’t accepted, citizen’s rightness, equal rightness in the school and respect of religion and cultural diversity by Germany governments. 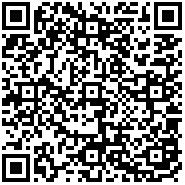