The port of Bart?n is an estuary port which established in the place in which the river is spilled to the sea called same name in the West Black Sea Region. t is the second port which lood volumeis the most in the West Black Sea after the Ereli Port. The port, which can easily connect to inner parts with the valleys being opened by Bart?n River and its tributaries, is the nearest port of the Central Anatolia. t is joined to the inner regions of our country with the two ways which pass in the suitable places the mountains of The Blacksea coast. One of these roads, reaches the road of stanbul-Ankara, in which the country traffic is very crowded, in Yeniçaa by passing the road of Devrek-Mengen. The second also connect Bart?n to the road of Ankara-stanbul in Gerede from the road of Safranbolu-Karabük. The annual capacity of the port is 2 million ton and in 2008 the lood volume realized as 1 072 963. However it is expected the arising of the port lood volume with the new factories which vill be established in the Organized ndustrial Zone in Kurtköy, Bart?n. There is a density in the ship transportation traffic in the port which is employed by the municipality of Bart?n. Then, it was started the works fort he scoffold of Ro-Ro and to change as a dock of a part for 100 metres towards from the enter gate to the military port. t is expected the increasing of the lood traffic in the port together with the Ro-Ro dock. 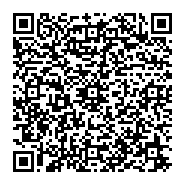