The capital flows are increased by globalisation and countries financial systems are fairly closed to each others. This situation causes the integration of economies and creates many investment opportunities for the international investors. They have opportunies to invest not only home country's securities but also different countries' securities. That's why it is important topic the reasons of difference of return investee country for the investors and researchers. This difference caused by investee country's sensitivity to the world capital market, it means that difference caused by country's beta which represents country risk. The aim of this study was to investigate the impact of unexpected components of macroeconomic variables on Turkey's country risk. In this context, the effects of local and global variables to the Turkey's country risk have been examined by employing Country Beta Approach which developed by Harvey and Zhou (1993), Erb vd. (1996), Bekaert vd. (1996), Gangami vd.(2000), based on International CAPM. It was found that both factors had relative impacts on Turkey's country risk. 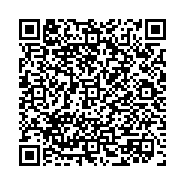