There are many resources that poets have used in the creation of Divan Literature. the creation of a powerful verse and supported by various elements in increasing the power of expression of these verses, a part of the community benefiting from the legendary and mythical heroes who find a place in the memory of one of the most significant characteristics of Divan poetry. The telmihs made to these heroes used in verses and It increases the meaning and depth of couplets and makes life to these couplets and connects them with the living World. S?nb?lz?de Vehbi Divan, which is the subject of my investigation, is a very rich and voluminous artifact in terms of legendary mythological figures. Persian literature and mythology, which is seen throughout the Divan poetry, is also seen in the divan of Vehbi, one of the most important poets of the 18th century. The poet, who has mastered the creation of the verses, enriched his work by making telmihs to legendary and mythological heroes in the points he needed, and It has constituted a general uniformity of the Divan poetry in this regard. Investigation of the personality of this work belonging to the poet S?nb?lz?de Vehbi who has the title of "Sult?n?'?-?uar? of his time" and the analysis of which characteristic of the hero and how it is used and the people has used for various purposes in poems of almost all of the divan poets will be able to compare with the meanings of the worlds. 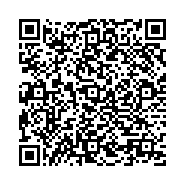