La?lîzâde Abdülbâkî (1090-1159/1679-1746) is a significant Sufi who lived in the eighteenth century. He wrote and translated numerous works in the field of Sufism. He, who followed the mystical schools of Bairami-Malami and Naqshbandi, had taught at various madrasahs for many years. He spent the last years of his life in the tekke he had constructed. His tomb is in the garden of the mentioned tekke. In this study, the Islamic mystical issues of the one of his important works called Mebde’ ve Meâd are examined. 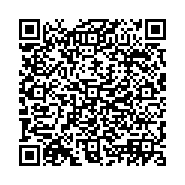