Polysemy as a variant of “the meaning” means a word which has one or more than one “close meaning”. A word might have many meanings which related to the basic meaning of the word is to obtain new meanings via the expansion of the meaning without losing the connection to the basic meaning of the word. Obtaining the meaning is a constitution which depends the basic meaning of the word and the formation of the basic meaning in which there are connections to another meanings through the directions of the relations like meaning similarity, semantic closeness, etc. Basically, in an oral or written text, the close meanings which caused polysemy made by the language user is determined as a semantic problem. The polysemy is determined as the reason of the meaning disorder in the dictionaries as well when a lexical analyse is made. Especially, understanding the meaning of the polysemic expressions is a difficulty in the old books in which the texts written in old languages has no speaker today but etymologically relative of the contemperory languages. In this article, 40 verbs having polysemic structure which selected from the examplary work Qutadgu Bilig are examined theoritically basing upon the presented views on polysemy via the trial of an examplary analyse by means of comparision with the lexical datas and pointing out the meaning usages of the verbs in the verses and also giving the Turkey Turkish translations of the lines or verses in which the verbs take place and the values of the gained meaning of the verbs. 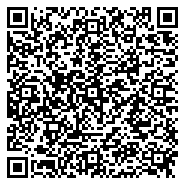