KABE AS SYMBOL OF MONOTHEISM

Almighty Allah is not bound by time and space. According to the Islamic faith the creator of the time and space is Allah. However Almighty Allah, honored the Kaaba (the Cube) with the Quranic term “my house” and appointed this humble building and location as the Qibla for the believers. The most important form of worship, prayer is performed by facing towards its direction. Although Islam does not give much credit to concrete elements in worshipping and praying, it only cherishes them as an important aspect of religion with the aim of reminding and reviving certain abstract facts. The Kaaba is the first and foremost of them. The Kaaba through its simple and modest structure has an exalted meaning and symbolizes a high value. It was erected to remind us the Unity, which constitutes the essence of the religion. This essay studies the Kaaba’s symbolizing the Unity, the significance of orientation towards the Kaaba, and the role of concrete symbols in reminding and reviving the religious memories. 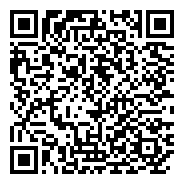