Kakai community densely has been living in lots of city of Iraq inhating units like Musul, KerkükDahuk, Diyale-Hanekin, Tuzhurmat?, Süleymaniye-Kelar. n this study, Kakai community has been studied benefitted from written anda verbal sources also dwelt upon belief case. Separately one of important poets of Iraq literature besides he has belonged to this community which has been studied Hicri Dede and has been researched life and work of Hicri Dede and has been given some examples from these works. 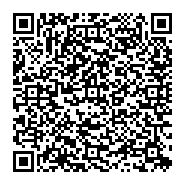