After 2017 New Basic Law Referendum have became definite; Yes and No parties have begun the campaign processes. During the process, social media platforms such as Twitter have been used as communication tools and the public opinion has been trying to be influenced. This study is aimed to examine whether the campaign processes are managed in a conscious manner. Hashtags, which are among the popular agendas, have been examineed by means of descriptive analysis. As a result of the research, it was concluded that the process was a conscious communication effort. Beside it was determined that the both of parties have exhibited proactive and reactive communication approaches 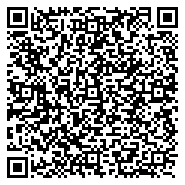