INTOLERANCE TO MINORITIES AND ANTI-GAY VIOLENCE IN PERCIVAL EVERETTS WOUNDED

Percival Everett’s novel Wounded concerns about anti-gay violence, hate crimes and discrimination against minorities which indicate hatred and prejiduce towards otherness while raising awareness of these issues. Any type of offensive behaviour can be called as hate crime and antigay victimization is the most prevalent of the hate crimes based on sexual orientation. The purpose of this study is to reveal intolerance and discrimination against nonhetereosexual males as well as minority groups in U.S. and hate crimes the novel explores. Traditional gender role ideology and homophobia directly influence incidents of hate crimes based on sexual orientation. Cultural value systems and beliefs which view homosexuality as immorality encourage hate crimes against individuals who perform non-traditional versions of gender identity. 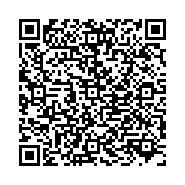