The aim of this study is to interpret visuals and their effects on gymnastics, acrobatic performances, dance and ball games in ancient Egypt. A literature review was conducted in the study. Gymnastics in ancient Egypt; floor gymnastics, balance and jump movements include. At the same time, it was seen that both the partner and the without partner were done and acrobatic movements were also included. Apart from religious festivals, many different dance events were organized. It was determined that women and children participated in these and similar sporting activities. The Sed-festival, Opet Festival and all other festivals were accompanied by dance performances. The first forms of bowling, bocce, hockey and handball sports were made in ancient Egypt. Conclusion: Gymnastics and acrobatic movements in ancient Egypt were found to be very close to the present day. It is seen that dance is used outside of religious aims. According to the images; the origins of handball, bowling and hockey sports can be based on ancient Egyptian civilization. 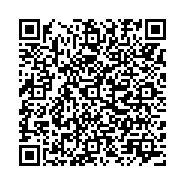