In pluralistic democracies, not only representation of majority but also representation of minorities and social differences are important. Furthermore, opportunities should also be provided for them to turn their ideas into tendencies of the majority. For this reason, it should be admitted to mold a public opinion that all people, including local people, students, non-governmental organizations, associations are allowed to participate in broadcast and express their ideas in a democratic platform. In this study, importance of mass communication in participant democracies is emphasized and democratic participant mass communication theory is analyzed. Alternative radio broadcast and scope of its content and principals are examined to determine after historical stages of radio and its broadcasting in Turkey and the world are mentioned. “Bozok FM” that will be founded in Bozok University, are aimied to develop a model for its broadcast stream and content in consideration of democratic participant mass communication theory and the law on the foundation and broadcast of Radio and Television in Turkey. Accordingly, 5 countries that alternative radio brodcasting was born and developed and 30 alternative radios between 1975-2015 in this countries are came up within the scope of study. 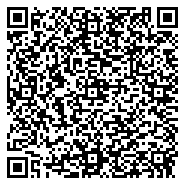