HOLDING NIGERIAN PRESS TO ACCOUNT: AN EVALUATION OF MODELS, MILESTONES AND SUSTAINABILITY

Since 1992, seven years before Nigeria returned to democratic paths, the military government in collaboration with several press associations in Nigeria, inaugurated the Nigerian Press Council. The Council’s mandate, among others, is to receive complaints from aggrieved members of the public on the one hand and complaints from aggrieved members of the media on the other, and resolve the cases in one of several specified ways.

Twenty years after the inauguration, the council received over 150 complaints but resolved only 17---five by ordering republication, eight by ordering apologies, two by withdrawal and two by retraction. A total of 133 cases could not be resolved for reasons that suggest lack of public trust and political interference. Consequently, a section of the press in 2009 established the Nigerian Ombudsman, a body made up of a retired judge, audience representatives and journalists, without government representatives. In more than four years, the Ombudsman received 17 complaints and resolved none, an indication that the inability to resolve cases may not be a function of lack of public trust or political interference but a matter of modus operandi.

This paper argues that both models of press accountability (government/ press collaboration and press self-regulation) have not fulfilled their mandates satisfactorily for reasons that go beyond political interference and lack of trust. It is, therefore, concluded that the second model, if modified, introducing open hearing and free complaints registration procedure, may be more successful and sustainable than both models running concurrently at the moment. 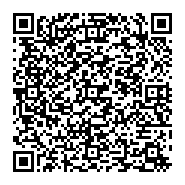