?HISTORICAL TERRITORY? CLAIMS IN GEORGIAN AND ABKHAZIAN HISTORIOGRAPHY ABOUT ABKHAZIA

This article focuses on basic works of mainstream Georgian and Abkhaz historiographies which have voiced conflicting ideas about the Abkhazian territory. The main goal of the article is to compare the arguments of two rival historiographies that have been used to prove the “historical territory” claims about Abkhazia. The article also seeks to discuss the structural factors that diverted the rival historiographies to construct myths about their historical territorial claims. In this work, it is argued that, the intersection of territoriality idea and nationalism together with the logic of the Soviet nationalities policy impelled the Georgian and Abkhazian nationalisms to publish works that involved the antiquity claims about Abkhazia. 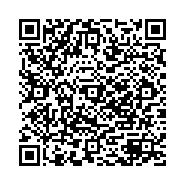