In Kyrgyz poem, the transformation process from oral tradition to written tradition has started since the beginning of XIX century. In this period, the representatives of Kyrgyz literature are “cazg?ç ak?ns”, public poets, having had education in madrasas. These poets put forth their poems in Arabic and in hand written form. Due to the fact that they reflected Russian invasion in religious and national terms and studied the political, social and economic problems experienced during this process, the poets of this period and their works were taken a stand against. It is possible to see the agonies lived during and after the invasion in the poems of Moldo Niyaz, who is one of these poets. Moldo Niyaz carried the struggle of Al?mkul Atal?k, the Kyrgyz commander, who resisted against especially this invasion, into a legend. In this study, how Russian invasion was depicted was investigated from Moldo Niyaz’s work, “Sanat Digarasttari” as an example reflecting the historical events onto public poetry. 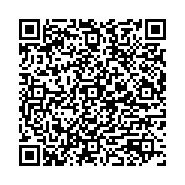