In this research, the effect of Solution Focused Group Counseling Program on coping with school exhaustion was investigated. The study was conducted with 6th grade male students attending Private Sabahattin Zaim Secondary School in Umraniye, Istanbul during 2015-2016 academic year. “Primary School Students School Exhaustion Scale”, which was developed by Aypay (2011) was used to assess school exhaustion levels. 16 male students with high school exhaustion levels and willing to participate in the study was selected randomly; 8 of them were randomly assigned as experimental group and the other 8 were randomly assigned as control group. In this research, pre-test post-test control group design was used. In the study, solution focused group counseling was applied to the experimental group for 8 weeks and no treatment was given to the control group. For the analysis of the data, Mann-Whitney-U test was used for intra-group comparison; and Wilcoxon test was used for inter-group comparison. As a result, it was found that solution focused group counseling program was effective in decreasing school exhaustion; however, it was not effective in family originated exhaustion and school inadequacy, which are sub-dimensions of school exhaustion. The results showed that there was a significant difference between pre-test and post-test scores of total exhaustion scores. Obtained data was interpreted and recommendations were given in the scope of the literature. 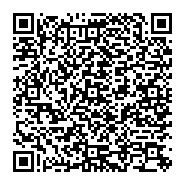