In this study, first, the definition of the concept of gossip, functions and some of the concepts which are related to gossip, have been researched. Also, gossip is studied in the context of sexualty. In the historical process, in general, gossip is considered to be women’s action. Gossip, which is a kind of informal communication, has very harmful aspect of human cominication. however, by providing socialization, solidarity and sharing among in dividuals, it can be accepted useful and necessary. It is aimed to find out what gossip is for the people interviewed in the study, who is often gossiped with, why gossiping is done, where gossip is often made, who gossips mostly (male or female), and finally what the benefits of gossips are. Qualitative research method was used in the study. In-depth interviews were conducted with 30 women, 15 of whom were working, and 15 were housewives living in the city of Elazig. Gossip in general; it is defined as relaxation by speaking negatively or sharing about someone. Women often gossip with people who they trust. The act of gossip is frequently carried out. The subject of gossip is depending on the socio-cultural structure of women. The majority of the participants gossiping because of "curiosity", "jealousy", "revenge", "self-proof", "reputation", "killing time","finding it fun" or "relaxation". Women think that gossip can be done everywhere. According to the participants, women do more gossip. Men also gossip, and men gossip is more damaging. Finally, the participants think that gossip has positive functions. 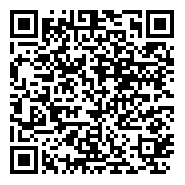