GIRLS AGAS AND HAS ODA AGAS IN OTTOMON MINIATURE

In this article, a research is done on place in miniature of agas who works in private harem and authority of the sultan in the Ottoman palace. They were called Eunuchs or Girls Agas and Has Oda Agas. Girls Agas who after the Sultan and the Grand Vizier, known as the owner of the second most important in the palace, is possible to diagnose them and identity genuine in Ottoman miniature. ?n the descriptions of some manuscripts with Girls Agas so Habashi Mehmet Aga, Uzun Suleyman and etc, are given them genuine names. However, in miniature, is very difficult and perhaps impossible to diagnose genuine identities of agas as has odaba??, Gunnery aga, Cuhadar aga and rikabdar aga having an important role in the special room. In fact, in the Ottoman miniature is one of the highest officials appear next to the sultan has odaba?? and Gunnery aga. But their peace is typical and representative, in the same type in miniature have been again a little difference. This article examined contributions aesthetic provides pictures and characteristics of the Harem Agas and Has Oda Agas and their aesthetic importance in miniature. 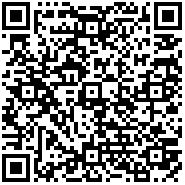