GEOGRAPHICAL SURVEY ON TOURIST MOVEMENT BETWEEN TURKEY THE TURKISH REPUBLICS

The aim of this study is to investigate tourist movement between the Turkey and other Turkish states. The study will be a descriptive research, focusing on the discovery of the dimensions of the existing tourist movements and what can be done to improve these movements. In the study, data of TurkStat will be used. The global tourism industry is growing day by day. Looking at the data for 2017, it is seen that the number of tourists in the world is 1 billion 322 million and the money spent for this sector exceeds 1 trillion 250 billion US dollars. The international dimension of modern mass tourism is affected by various geographical and economic factors such as political relations, climate, cultural ties, opposites, relative costs and distance. It attracts the most tourists in the world semi-arid Mediterranean climate in the region is located to the south and west coasts of Turkey. This region is expected to attract more tourists from the Turkish States as well as Europe and Russia and Ukraine. However, the number of tourists coming to our country from these countries is low. Especially with the dissolution of the Soviets, the citizens of the former Soviet countries began to go to various countries more frequently for purposes such as education, trade and tourism. Turkey and other Turkic states include cultural ties dating back thousands of years. In this respect, Turkey among those countries with the development of tourism is expected. Turkey is seen as three sides except for the Turkic states bordering the Caspian lake is surrounded by sea, while a country is deprived of the sea. This situation is an important contrast between our country and the Turkic states and can have a positive impact on the development of tourism. In terms of relative costs is quite low compared to income of citizens in our country the situation Turkic republics, is a factor that negatively affect the making of their holiday in Turkey. So the situation in Turkey in terms of purchasing power of earnings and the earnings of their own countries constitute a table at their expense. For this reason, those who come to our country as tourists work in various jobs. The impact of the distance on tourism between the Turkic republics and Turkey are positive. Because the road with some of these countries and Turkey with all the air is not too far away. This creates advantages for tourists in terms of time spent on the road and the resources allocated for transportation. The political relations between Turkey and the Turkic republics which has started in the early 1990s, are generally good. Turkophone are care about the development of political relations with the outside world, especially Turkey. Naturally, the goodness of political relations affects human mobility positively by visa and travel convenience. In terms of cultural ties, political relations, a number of factors as theoretical as opposites are expected to increase tourism between Turkey and the Turkic states. In terms of relative costs, it is a negative situation. However, despite many positive factors between Turkey and Turkic republics are said to be at a good level of tourism activity. According to the data of 2017 only a total of 32.410.034 million tourists coming to Turkey 1.730.413's ie 5,3 % came from the Turkic states. The same year, only 4,3 % of their way to the Turkic states nearly 9.2 million people who went abroad from Turkey. Azerbaijan is a country with a relatively high number of tourists. However, the number of tourists going to other countries is extremely small. This shows that our country does not develop as much as the tourism power between Caucasus and Central Asian Turkic states such as Azerbaijan, Kazakhstan, Uzbekistan, Turkmenistan, Kyrgyzstan and Tajikistan. The reasons for this situation must be scrutinized, the problems must be removed, and the environment necessary for the development of mutual touristic movements among these related communities should be established. Taken tourist movements between the former Soviet countries as well as in the Turkish Republic and Turkey, it is understood that sent more tourists from Russia, Ukraine and Georgia to Turkey. Among the Turkish republics, Azerbaijan is a notoriously old Soviet country with relatively many tourists. Outbound tourists from Turkey are turning out more than Georgia and Azerbaijan. Other former Soviet states can not take too many tourists from Turkey market. 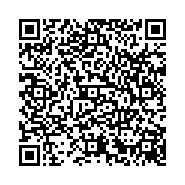