Dialects, which play an important role about the issue of transferring standardized text not included in the language of the axis or many sounds which are dropped from use, shapes and semantic features of a language, should be recorded and investigated as soon as possible. Development of technologies and possibilities leads disappearance of the dialect features and widespread standardization in language. Gelendost, a small town in the province of Isparta, is very important for it's historical and geographical location. Gelendost, which is mentioned as one of the places where the Miryokefalon War may have taken place and is one of the geographical places playing a key role in the Turkification of Anatolia, brings to mind that it may be one of the oldest Turkish settlements in Anatolia because of this feature. In Gelendost which is such an important geographical settlement, many scientific researches have been carried out in different areas. In this article, we tried to reveal the basic qualities of Gelendost's dialects features. 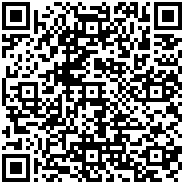