Gaziantep was invaded first by English and then by French after Mondros armistice was put into practice on 30 of October in 1918. French invasion was a total destruction for Gaziantep. As a result of 11 month war in the city, hunger, famine and despair came out. Besides Gaziantep gave thousands of her sons as martyr during the war. Gaziantep people who display a sample of a very rare valourin the world defied every hardship with determination and ambition to the end. Eventually, Gaziantep was saved from the invasion of enemies on 25 December 1921. Thus, people of Gaziantep make celebrations with enthusiasm and joy on 25 December regarded as a date of the symbol of independence. The paper at the time reflected the celebrations held between 10th and 15th years writing about people’s enthusiasm, speech during the ceremony and the participators as well in detail. 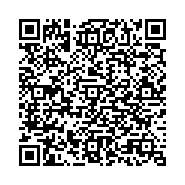