FROM TRAVELERS TO POETS WALL WRITINGS

People resort to various ways of transferring some mental activities that occur in the worlds of thought into concrete life. The reflection of thought to life is sometimes the means of communication, sometimes through the body language in which the verbal expression comes to life through the use of letters and words and sometimes through the various reactions of body parts. Writing and especially graffiti plays an important role in revealing the emotional world of the individual. Today, the graffiti hosts the perception of many emotions and thoughts from the political ideas of the people to the greatest love they have, and the publicity of the goods or services they want to sell from the political party they want to sell. In the modern world, we have witnessed the use of graffiti as a communication material, and we testify that the past, poet and poet have written poems on the walls. These manuscripts were written on the wall of a Turkish bath, zaviye, tekke or caravansary in an indiscriminate manner and translated into the feelings and thoughts of the performer. Although it is not very dense on the wall writings, it is observed that some works have been done. However, almost no studies have been carried out on how the writings of the walls have been observed from past to present. In fact, this study was created by adding new examples to the examples of “Asik Çelebi’s to Faruk Nafiz Wall Poems” named working 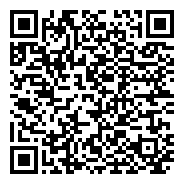