After the rediscovery of Wilkie Collins’ novel The Woman in White in the late twentieth century as a text which is eligible for critical literary analysis, it has been subject to scrutiny by varied critics. Initially, as a periodical serial at a journal turned into a bestseller novel, it received remarkable responses from readers, as well as critics who delved into its pages. It brought about a new genre ‘sensation fiction’; beguiling plot-centered novels, which focused on stories woven around criminals that also combines gothic elements with romantic fiction, which paved the nineteenth-century detective story, herewith studied by genre critics, however; it needs to be investigated considering gender and class politics by virtue of its salient engagement with women’s representation and social formation; ergo, this study will serve as a critical paper of analyzing Collins’ novel in terms of gender and class politics. 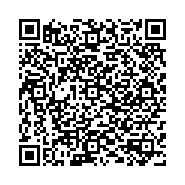