FORMATION PROCESS OF THE MODERN CEMETERY SCULPTURE IN EUROPE

In this study, the formation of the European modern tomb and tomb sculpture process was examined. The factors that caused the of the traditional tomb and the tomb sculpture at the modern burial areas were discussed. Although there have been a tradition of sculpture in church graves in Europe, these were limited sculptures made for saints, aristocrats and important clergy. Making sculptures for personal graves began with the establishment of modern graveyards by separating it from the living areas. The sculptures on the tombs which moved out of the city are not intended for decorating but they are made as a safeguard in order to accompany the spirits of deceased and as an indicator of economic or social status thus psychological and cultural significance arises. 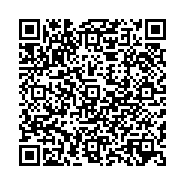